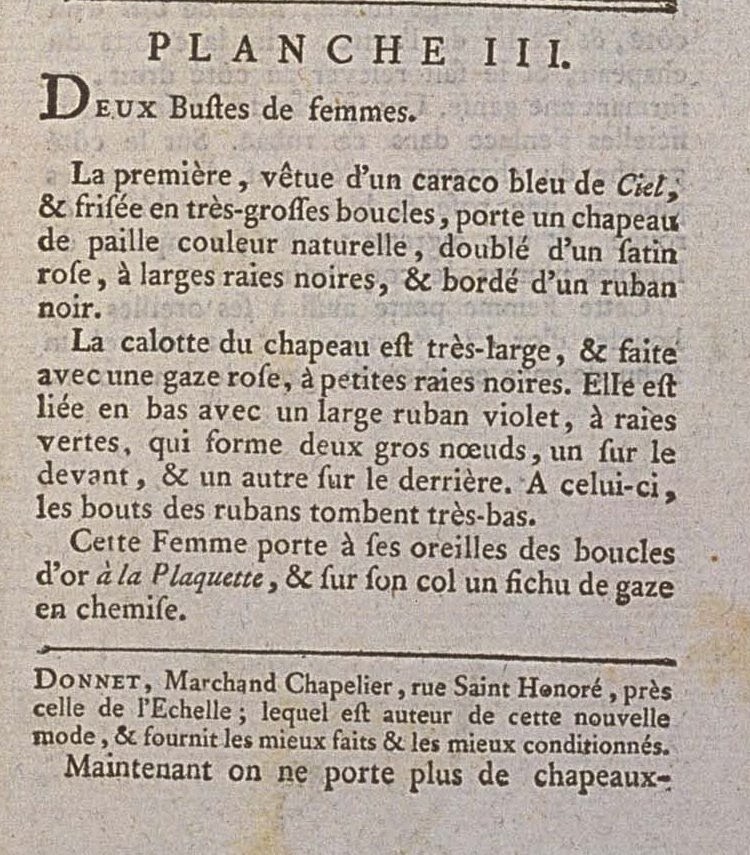 The first, dressed in a Sky blue caraco, and her hair done in very-large curls, wears a natural-colored straw hat, lined with a pink satin with wide black stripes, and edged with a black ribbon. 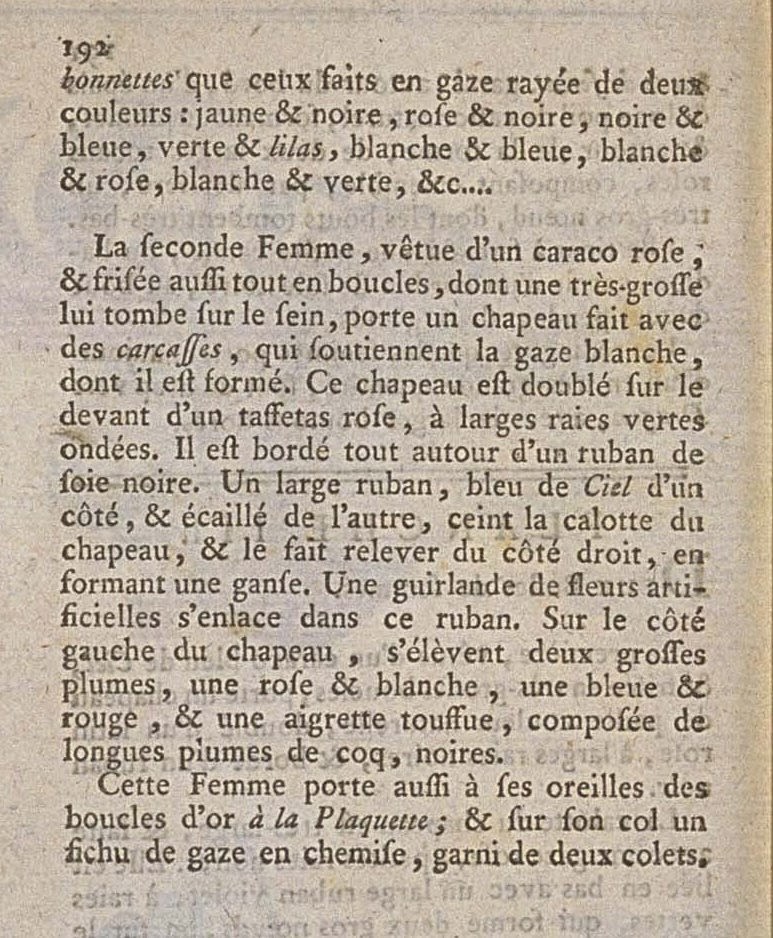 The crown of her hat is very-large, and made with a pink gauze with little black stripes. It is tied at the bottom with a wide violet ribbon with green stripes, which forms two large bows, one on the front and the other on the back. On this, the ends of the ribbons fall very-low.

This woman wears gold earrings à la Plaquette, and on her neck a kerchief en chemise of gauze.

Now chapeaux-bonnettes are no longer worn but for those made in gauze striped in two colors: yellow and black, pink and black, black and blue, green and lilac, white and blue, white and pink, white and green, etc. ...

The second Woman, dressed in a pink caraco, her hair done in curls, of which one very-large one falls on her chest, wears a hat made with frames, which support the white gauze, for which it is made. This hat is lined in the front with pink taffeta with wide waved green stripes. It is edged all around with a black silk ribbon. A wide ribbon, Sky blue on one side and scaled on the other, belts the crown of the hat, and pulls it up on the right side, forming a gance.* A garland of artificial flowers is intertwined with this ribbon. On the left side of the hat are raised two large plumes, one pink and white, one blue and red, and a thick aigrette composed of long black cock's feathers.

This Woman also wears gold earrings à la Plaquette; and on her neck a kerchief en chemise of gauze, trimmed with two collars.

* I've defined gance before as just a cord, but it's specifically the cord used to hold up the sides of a tricorn or hat à l'Androsmane.
1780s 18th century Cabinet des Modes hats