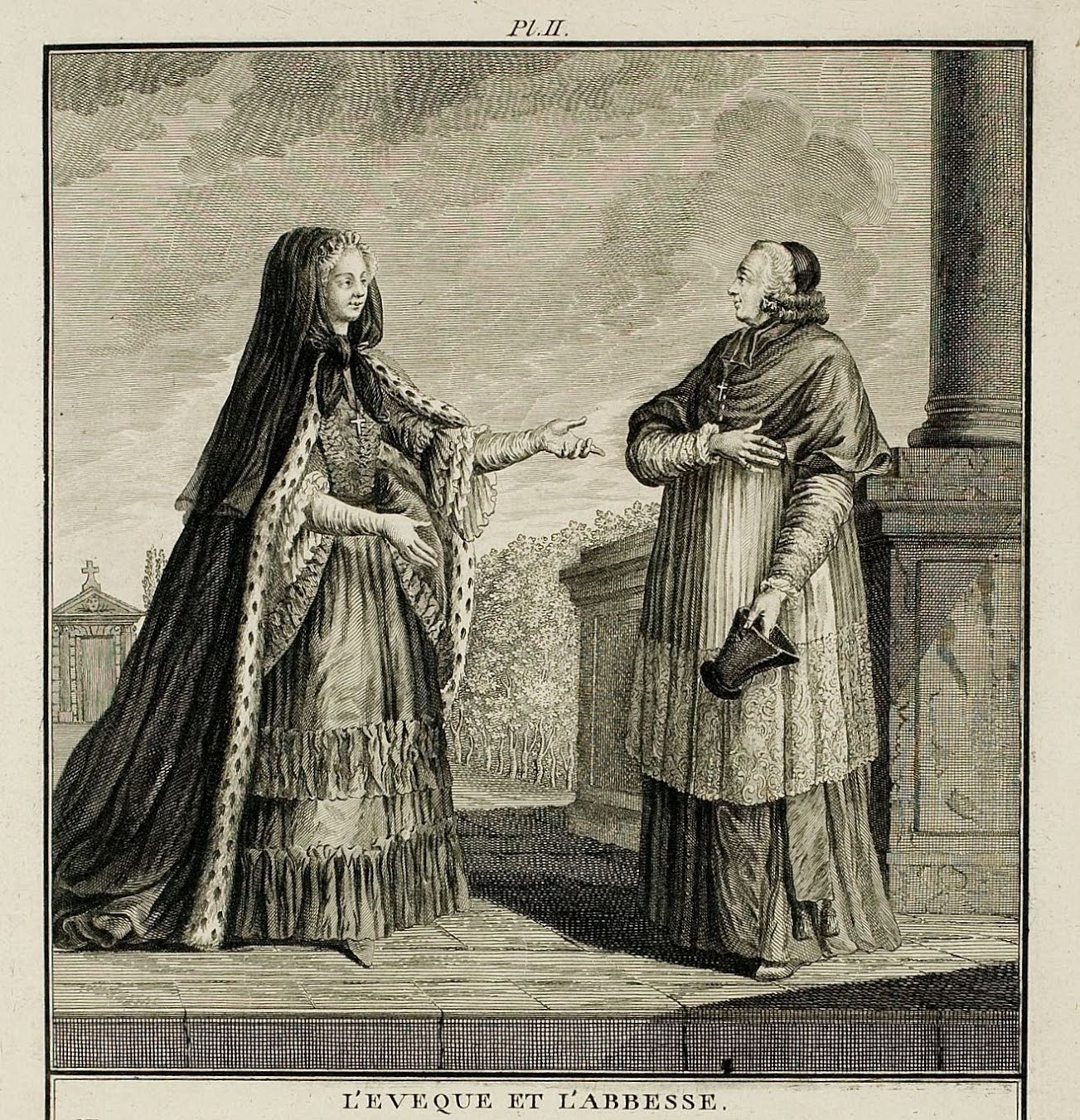 THE BISHOP AND ABBESS.

The Bishops is a man instituted to govern the Church. The etymology of his name is drawn from a Greek word, which signifies overseer, inspector, in effect he has a spiritual jurisdiction over the faithful; his ornaments are the Miter, the Cross, the Pectoral cross, the Ring, and Sandals; but his ordinary dress is a Cassock, a Surplice, and a Violet cape, on which hangs the Pectoral cross, as he is represented in this plate, Bishops are the successors of the Apostles, that God had chosen from among the jewish people in order to be his cooperators. They have, like them, the power to teach nations, to pardon sins, to administer the Sacraments, and to punish through purely spiritual ways.

An Abbess is ordinarily the Mother Superior of a Religious community for Girls, over which she exercises a determined authority. The institution of these Religious communities is attributed to St. Pacome. This Saint  lived at the beginning of the fourth Century. The humility which was one of the virtues of the Hermits made them adopt the commonest dress. St. Benoit wanted Religious people to content themselves with a tunic with a cowl and scapular for work, but since the 5th Century, they have worn the habit that was designed for their institution. Girls followed the same example and the Abbess of a girls' Community has only a Pectoral cross, which distinguishes her. Some of these Communities have been secularized and Noble chapters have been formed to raise young Noble girls. The Young ladies who enter these Chapters are called Canonesses: they are as the Young ladies of the World, they have only their choir dress to distinguish them. The Abbess is also dressed secularly; but ordinarily she adopts black or white the same as the young Ladies that she has under her direction. The Abbess also wears the Pectoral cross; thus she is represented in this plate. She has made vows but the greater part of the young Canonesses can marry. It is necessary to make proof of Nobility to enter the Noble chapters.
1770s 18th century Costumes Francois